I received the cigars used for this review from General Cigar Co. All reviews are my own.

But, honestly, it’s definitely odd to ring the cigar with a metal gear that you must keep for about a year so that it will (somehow) work magic with a newly released cigar around that time (you’re suppose to keep the gears because they will somehow do something cool with a future release, or something like that). Very odd and I just hope General gets the whole gear thing right unlike some others… 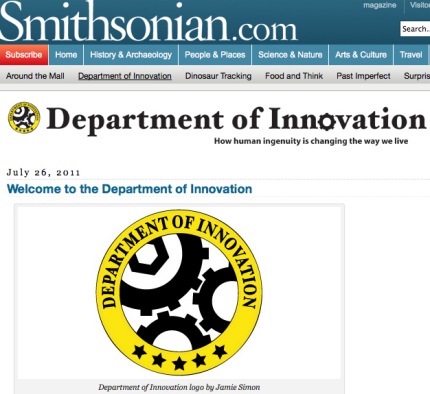 Alright, so it’s probably a safe bet that General won’t screw up the whole gear thing like Smithsonian did so let’s get to the cigar. There’s actually not a lot of information about it (check out Dave’s snarky comments regarding this issue over at Tiki Bar) but that doesn’t detract from the fact that it’s a very nice looking cigar. Evenly packed with a slight give, the wrapper almost feels like you’re running your fingers over some really fine sandpaper; oily sandpaper at that. The color is a light brown, almost looks washed out.

I’ve looked for information on the blend of this cigar and besides the fact that there’s five different types of leafs from four different countries making up the binder and the filler tobaccos I couldn’t find anything else on them. The wrapper’s name is also a bit odd (look below). The name kind of sounds like the impersonal identifier some futuristic communist government will give to a member of its benighted proletariat. But you don’t really care about all of this, do you? You’re probably still looking at the picture of the interlocking gears.

Oh, and steampunk! Yeah, I had to look it up myself. But the whole “steampunk” thing was the inspiration for the marketing of this cigar. That doesn’t really do it for me because, based off my five seconds of reading about it, my idea of steampunk is Will Smith in “Wild Wild West.” Yes, I know, all you steampunk aficionados are probably furiously typing out angry missives directed at me on your steam powered computers very soon for uttering such blasphemy but… oh well.

The first third’s flavor profile seems to be a little washed out. There’s oak and some sweetness jockeying for position but there isn’t much else. Burnt toast is another flavor you can add to the mix. It’s not horrible, nor even bad, but it’s just not much to write home to ma and pa about either.

It’s a slow, steady slide into drudgery. The flavors just don’t seem to want to express themselves. There’s still oak and some sweetness, almost floral. To add insult to injury, there’s a very bland aftertaste that just won’t go away.

Burnt toast comes back from the death with at least as much vengeance as Michael Meyers. It’s a grotesque mixture of wheat and sourdough with “being burnt” the only unifying characteristic. Perhaps there’s a bit of oak left but the sweetness has almost disappeared. Very bad turn for a cigar that was merely decent before.

Mild-medium bodied with a good draw and burn; this cigar mostly failed. Too bad, really, because I was hoping that this cigar would be good. But it wasn’t. Too bad, indeed.