Today we have a special guest review from TriMarkC. Thanks buddy!

I have to admit, I’ve been very excited to try Tatuaje’s The Face after first learning about it.  This is the third cigar in Pete Johnson’s special release series each Halloween to memorialize famous horror movie characters; The Face celebrates LeatherFace, the main character in The Texas Chainsaw Massacre.  Since I haven’t been able to find any of his prior Horror series cigars I organized a group buy with several fellow BOTLs from CigarWorld.com to increase our chances this year. Luckily, we were able to acquire two boxes, which we shared together in a virtual herf; I’ve included their thoughts on The Face in this review, as well.

For this review, I smoked two Tatuaje’s The Face.  Due to the reported strength of these cigars, I enjoyed both of these after a large meal.  The first was 4-6 hours after a very large meal – Thanksgiving dinner, to be specific – and paired it with a light ale beer.  The second was paired with a smoky sherry following another hearty meal after Christmas. 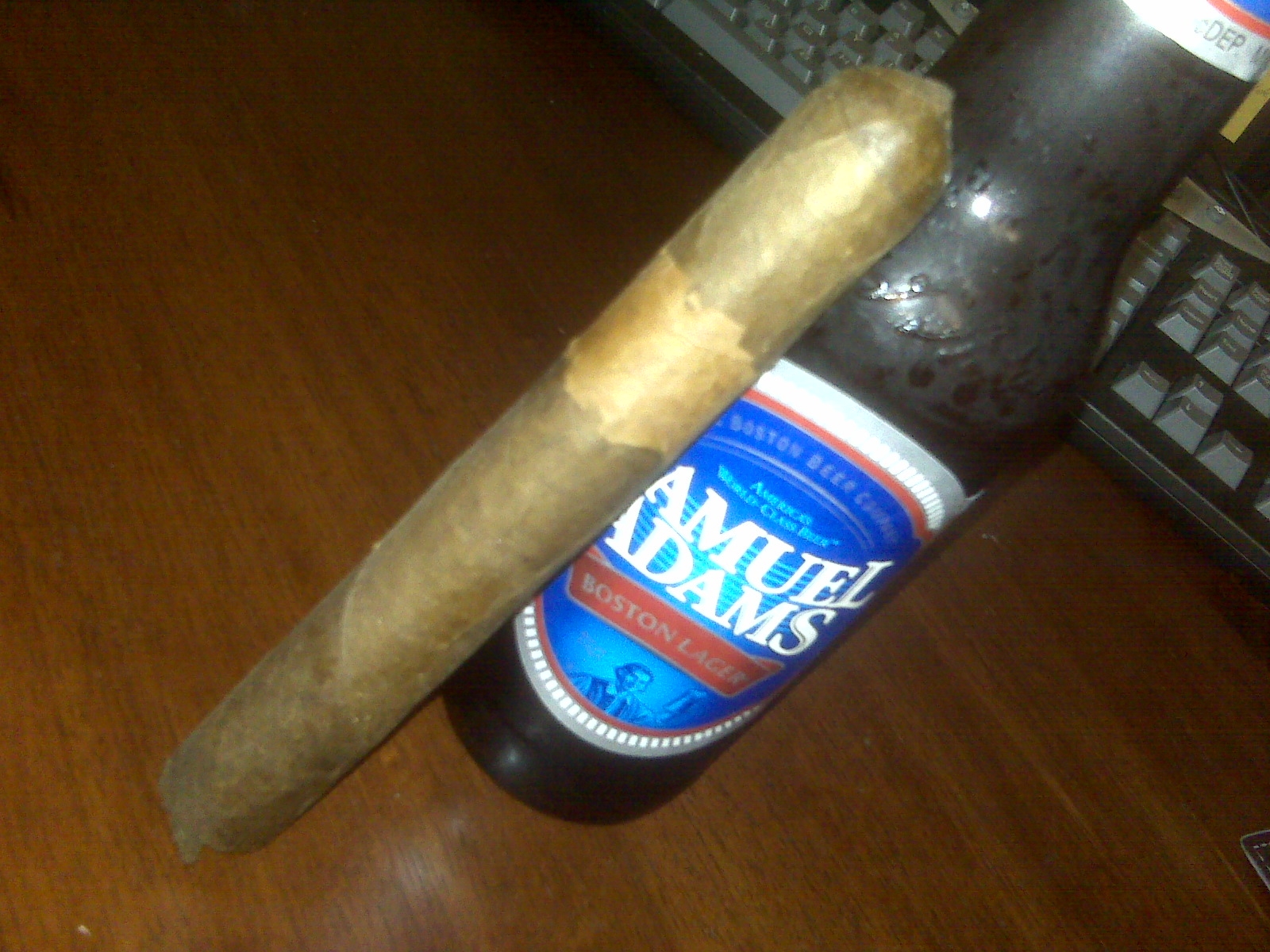 Pre-light:
When you first look at this cigar, you can immediately see Pete’s intent to mimic LeatherFace’s memorable look.  It looks “rough” and leathery, and in fact, the well-known band is specifically designed to look like leather overlaid onto this cigar. The band is a rough-torn piece of light-brown Ecuadorian Connecticut wrapper, on top of the cigar’s darker brown Mexican maduro-like wrapper. Further, the primary wrapper has a toothy appearance, with the foot uncut and roughly wrapped. The head is also unique, with a slightly pointy double cap. The Face is solidly packed and has a hefty weight to it with no soft spots.

Its aroma is slightly musty, with a strong barnyard smell and slight hints of woody oak or cedar and cocoa. The wrapped foot is more of the same.

The pointy cap snips cleanly, and the pre-light draw is slightly tight but adequately open that I don’t anticipate a problem.  Finally, the taste is of barnyard and tobacco. 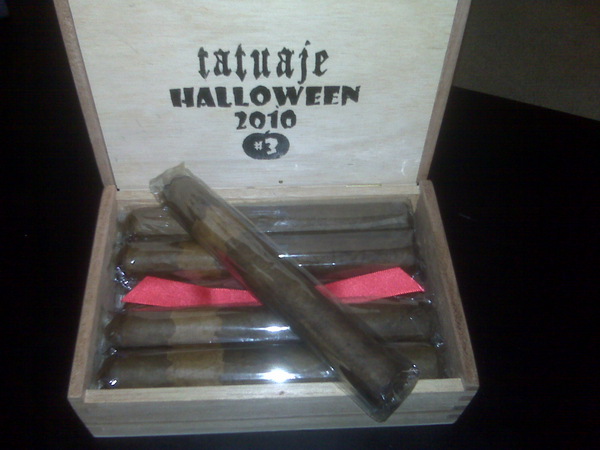 Burn:
The burn on both of my cigars was perfect, although one cigar developed a soft spot which turned into a hot spot right after and next to the lit head. Of course, as the cigar progressed, that problem was eliminated. However, two individuals in our virtual herf had problems where the wrapper split or fell apart. “The wrapper did tend to unravel at the face, but wasn’t too much of a problem.” (ChatlieBob)  “(The) one I smoked did not seem dry in anyway, but the wrapper came apart before I even got 1/3 of the way through it.  It seemed to unwrap with the heat. It was just strange to be enjoying something so much that looked so cheap as it fell apart.” (TailFeathers)

Flavor:
It took a bit to get The Face lit, likely due to the loosely wrapped tobacco at the foot. Right away, on the second or third draw I got a ton of spice on my lips and throat, and a touch of vanilla. As the cigar progressed, the volume of smoke increased, as well, until near the very end, when it had almost no smoke.

As I progressed into the first third, that barnyard aroma at the prelight has gotten a bit stronger, with some sweetness and woodiness, while the spice has muted to the background to produce a smooth, delicious flavor.  For me, this reminds me of a smoky scotch whiskey, which paired incredibly well with the sherry I had with one of my cigars. The ash is solid, but falls off flakey at ¾” – 1” each time, and the strength is a very nice mild-to-medium.

In the second third, the wood flavor has progressed into a smoky oak, and an earthy flavor and aroma has come to the forefront. The spice picked up again, and there is this occasional fruity flavor that teases you now and then.  And while the strength has increased to a medium-to-full, I’m still thoroughly enjoying this cigar.

And that’s when The Face hits you in the face! Outta nowhere, in the final third, the strength suddenly and dramatically picked up, and to be honest, it overwhelmed me. The first cigar I had, I had to put it down at this point to recover, it was so strong. The second cigar I had, I was able to finish, likely because I knew what to expect. And the strength just kept ratcheting up as I finished through that final third, until at the end the wonderful flavors and aromas that I enjoyed earlier was lost and all I experienced was the pure strength of The Face. Again, this cigar has reminded me of who it has been designed to mimic. More experienced cigar smokers in our virtual herf felt that this cigar was a smooth full-bodied cigar, but were not overwhelmed as I was. But as Rookie57 put it, “It’s no rookie’s smoke!”

Overall:
Overall, all of us really enjoyed this cigar!  I loved the flavors and aromas of The Face, and once I learned to watch for its stunning finish, I was able to enjoy the whole cigar’s experience.

“I thought it was an excellent smoke. Full-bodied but smooth the whole way through. Very earthy and a small amount of pepper and spice in the final third. I loved it.” (IronMikeCW)

“It was very good!” (ChatlieBob)

“THE FACE was a wonderful smoke. (It was) very smooth all the way through, lots of earth, some spice, but not overwhelming. I found that it had a hint of coco, and I really like the construction. I really can’t wait to smoke another one and see what happens.” (TailFeathers)