Alright, I know, we’re two weeks into the new year, a new decade even, and the time for Top 10s has passed. Well, you’re going to have to make room for one more because I have done one as well.

This cigar is awesome. I only gave it 89 points but, once you consider the price point, it’s a steal. For less than $4.00 (if you buy a box of 30) you will get a little bomb of flavor.

The Perdomo Reserve 10th Anniversary Maduro Robusto is a fine cigar. Medium bodied with chocolate and earthy flavors. Maybe not enough complexity but a joy to smoke nonetheless.

I was walking through a local cigar shop, saw this cigar at what turned out to be a hefty markup (thanks to the California taxes, I’m sure) and decided to pick it up. After all, it was the top cigar at Cigar Aficionado in 2008. And it is good but not mind blowingly good. The Casa Magna Colorado Belicoso has spice, wood and nuts as the main flavors. Definitely worth it considering the price.

A torpedo, the CAO L’Anniversaire Maduro Belicoso, was a wonderful blend of earth and chocolate. Loads of flavor and enough complexity with this cigar to make it very enjoyable. I have been meaning to pick up some of these again and now that it’s officially in my Top 10 I don’t see why I shouldn’t.

I started out smoking the Gran Reserva line of Fuentes and because of that they will always hold a special place in my heart. Even though I don’t consider the normal Fuente line to be anything special anymore this one was a home run for me. I loved everything about it.

When I smoked the Man O’ War Ruination Robusto No. 1 I wasn’t expecting a whole lot. The original Man O’ War line was a fine cigar and I was thinking I was going to get something along those lines, maybe a little better. Boy was I wrong. Yeah, it was full bodied but it had a lot of flavor and depth to it as well; something I thought was lacking from the original line.

The Tatuaje Miami Reserva J21 is simply a great cigar. Tons of complex flavors from beginning to end with this one. Need I say more?

The Padron Anniversary Series Monarca is a special cigar. Tons of full bodied flavor oozes from this cigar. If only the second half had been as good as the first half I bet this cigar would have been my favorite cigar of the year. And, ironically, it was the first cigar I smoked in 2009. Nothing like starting off with a bang!

Smoking the Camacho Triple Maduro 50/4.5 was Heavenly for me. This is the one cigar that I go back to as often as I can and, even though I gave a higher mark to the Opus X, that is why it’s my top cigar for 2009. 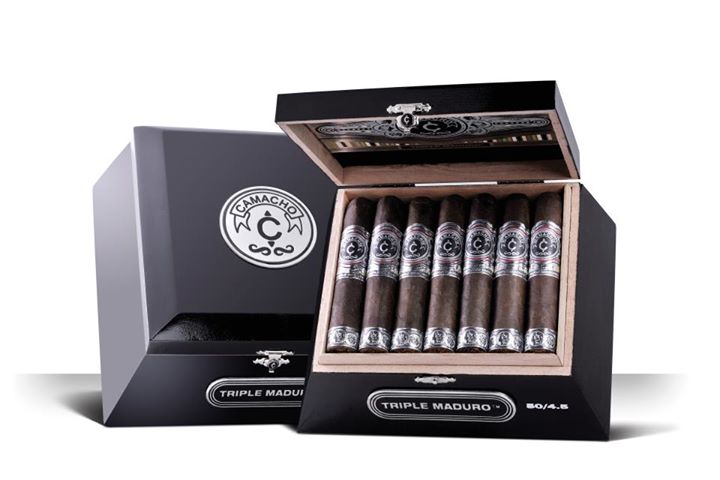